Mr. and Mrs. Booth were looking to build their own home on the site of an old farmhouse, which had been gutted by a fire in 2007. Their self-build project would involve using some of the features from the old building, incorporating innovative construction techniques to keep the build up to speed with modern living standards.

Having heard about SIPs from a friend in the building trade, the Booths did some research and decided the Kingspan TEK system would be ideal for their self-build project. They asked around several companies and decided to go with SIPS@Clays.

“Clays was the cheapest quote but that was not the reason I went with them; it was because every time I spoke with them they were knowledgeable and helpful and took the time to discuss everything from roofing to flooring to heating and any number of other items which were not even directly related to SIPs!” – Sean Booth

Prior to the build, Sean spent 12 months demolishing the original farmhouse. In order to retain some of its former splendour, he cleaned up approximately 130 tonnes of stone, which he put on pallets and cut back to a depth of six inches. These would be used to clad the exterior of the house.

Once the mini piles, steel ring beam and concrete strip foundations were down and the beam and block flooring laid, our three-man fitting team got to work erecting the SIPs. Exactly three weeks later, the SIPs part of the house was complete and the roof was on.

The SIPs were clad with the original stone that Sean had cleaned up and backed off, while the roof was tiled with locally sourced, reclaimed Welsh slates, all from the same demolition site.

In order to save energy, the Booths have chosen to share a biofuel boiler with their neighbours. This will provide under-floor heating throughout the ground floor and heat the small radiators upstairs, while a log burning stove will keep the living room warm and cosy.

The Booths are delighted with the results of their self-build project so far. Not only have they managed to retain the architectural integrity of the original building; they will also have a brand new, low-energy home that will save them money on their heating bills.

If you’re interested in building your own house, SIPS@Clays can help. We have a wealth of experience working on new builds and extensions, and will work closely with you to achieve your dream home. Call us on 01756 799498 or browse our website for more information on the service that we offer.

In this issue, we showcase a selection of our fabulous SIPs self build projects, outline why it’s important to take a ‘fabric first’ approach and answer some of the frequently asked SIPs questions. 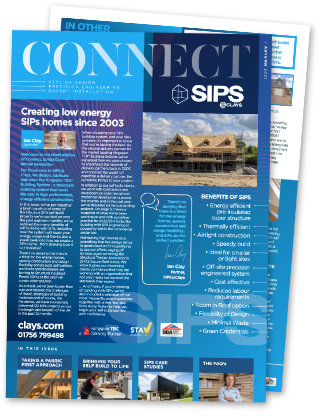 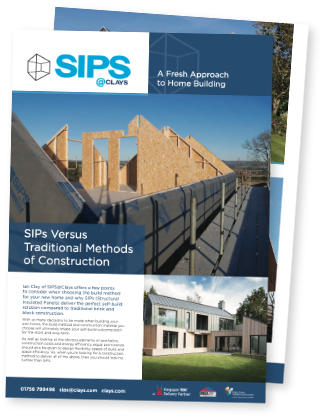 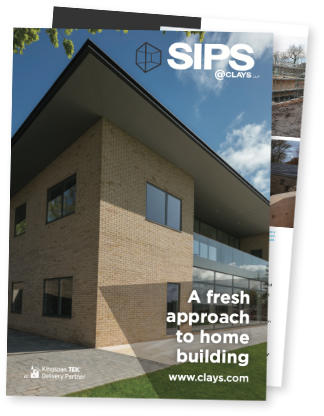